Last week I wrote about some suggested Discipline Strategies from the Tripe P Parenting. I noted in this post that early in my parenting I had tried time out, but found that it didn’t sit comfortably with me and I didn’t find it an effective tool in dealing with my child’s behaviour. I have mentioned Louise Porter on the blog many times before and her wonderful book Children Are People Too. It is from this book that I found an alternative for time out which fitted with my parenting philosophy and was effective in disciplining my kids when they lose control and behave in a way that I find unacceptable.

To best understand how this alternative works, I think it is helpful to look at what is discipline:

The true goal of discipline is to teach children the rules of behaviour. They need to learn what society and other people expect of their behaviour. This will help them grow up to be socially productive and personally fulfilled individuals. Achieving that delicate balance is the art of disciplining children.

For me discipline is about trying to teach the kids the way in which they need to behave. So when my kids misbehave, doing things like hitting, screaming, or being uncooperative – these are all signs that they have for that moment lost control of themselves and the ability to regulate their behaviour. I need a discipline strategy that will help them regain their self control.

The technique that Porter advocates is that when children have reached a point where they have lost control of their emotions that instead of sending them away, you actually bring children in close to you. This

“…tells them that you are willing to help them, reunites you after you have been struggling with each other over the behaviour, and teaches them the very skill that you are wanting them to learn – namely, how to get back in control of their emotions. Cuddling them does not do that task for them, but it does give them the support they need to achieve it.”

Bringing children in close sometimes work when you can easily bring them close and cuddle them until they have regained composure, but there are also those times when they are so out of control, that you need to use what Porter refers to as “the hold”. You bring the child onto your knee and calmly hold them securely so they cannot lash out at you. This is not time to try and talk to them about their behaviour and as Porter notes:

While holding the child, Porter recommends only minimal talking and saying things like “I understand that you are upset. I’ll hold you until you feel better.” We say things to our kids like “We can just sit together until you can get yourself calm.” or “I know you can get calm, I will just wait with you while you do this.”

The first time I did this with a preschooler, I thought it was never going to work. My son seemed to get angrier and wanted to break free from me. I persisted with it and it did take at least 15 minutes for him to calm down, but eventually he did. I could feel the calm making its way through his body and “the hold” then turned into more of a cuddle. Then when he was again in control of himself I let him up and we both went about our business. The next few times we did the hold it still took some time for him to calm down, but the more we used it, the quicker he became at regaining his self control.

I have used Bringing Children In Close with all my kids from about 2 – 6 years of age and while it can take some time for them to adjust to it, the long term benefits have been worth the effort. If I am aksing the children to do something in the house and they are unhappy about it, there has been many times that a preschooler has realised that they are starting to lose control and ask for a cuddle or a “huggle” as my current preschooler likes to call them. By taking the time to give the huggle, I can help the child to adjust to the idea that he has to do something that he really doesn’t want to do (like tidy up!).

If you are looking for an alternative to time out, I highly recommend Porter’s book Children Are People Too. It contains much useful information on “the hold” and details guidelines for its successful use which include:

For me the benefits of using the hold are that it shows the children that I am serious about not accepting that behaviour from them, but that I am also prepared to help teach them how to manage their feelings, as opposed to leaving them on their own to deal with them.

As I noted in my last post on discipline strategies all families are different and what may work for one, might not for another. I would be interested to hear if anyone else has tried “bringing them in close” and how they found it as a mechanism to teach children self control.

Are school mornings stressful for you? Are any of these scenarios familiar to you:

Then my super simple system will help revolutionise your school mornings! Sign up to my E-news and receive my guide here.

Nicole Avery is a Melbourne mum to five beautiful kids aged 21 to 11. Nic is slightly addicted to spreadsheets, tea and running. Her goal for 2020 is to simplify daily life to spend more time with family and friends. Read More… 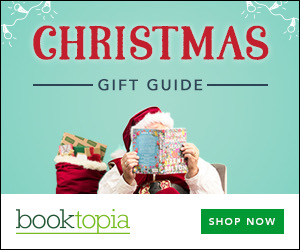