Each weekend when I post a photo of my food preparation for the week on the Planning With Kids facebook page, I receive many questions about how I go about, how long it takes etc.

To help answer these questions, I decided to photograph my progress through out one weekend. The weekly prep sessions on a weekend are never the same. Each weekend I will have varying amounts of time. The times across the day I have available will differ as well, depending on what else is going on with the family.

On this weekend which I photo documented I had a good amount of time across both days. On the weekend just past however, I only had a few hours as I was away in Perth for work for the weekend. I made only two things a savoury and sweet item for the lunch boxes. Most weekend though, I have time to do more than this and give myself a head start on the forth coming week.

Throughout the prep sessions I will eat, drink, play with the kids, make lunches, do laundry or other household tasks etc so it is hard to put an exact number on how long it takes me to do the weekly prep.

It can look like a lot of time to spend on preparing food for the week, but it is a worthwhile investment for me:

So here is what a recent session looked like: 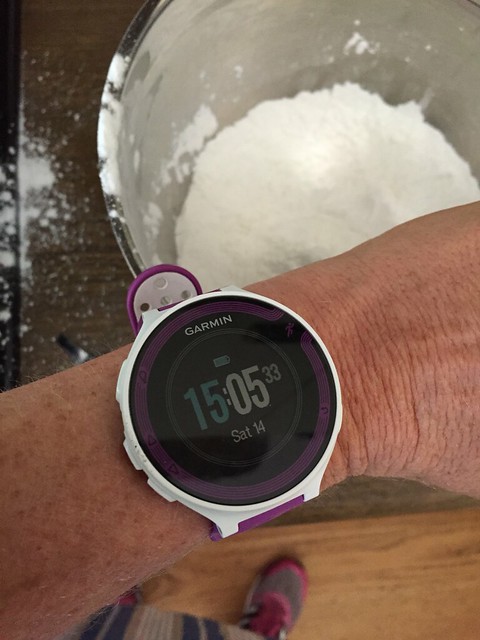 I started at just after 3pm on Saturday afternoon by baking something for the kids’ lunch boxes. I was trying out a new recipe I had developed. This recipe if successful would double as work as I would send it through to a website that I do freelance work for.

As I was tweaking the recipe as I went along, I was also making notes on the computer, writing up the recipe. The cakes went into the oven at 15:41. 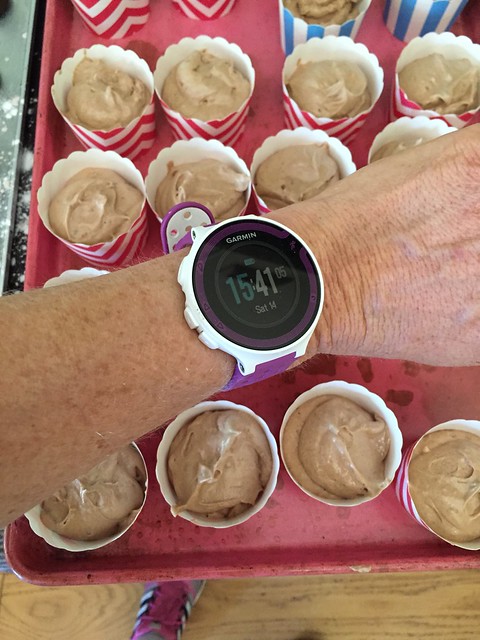 The kids go through phases with what apples they seem to love to eat. I had quite of few granny smith apples that no one seemed to want to eat. I detest food waste, so wanted to slice them up and dehydrate them. The kids love these in their lunch box. 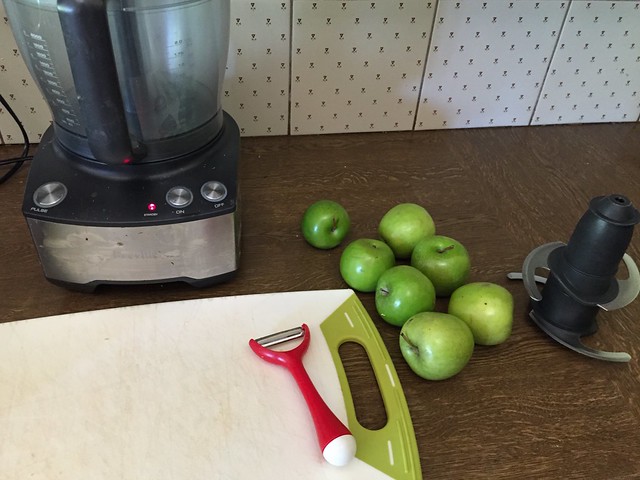 The process of peeling, coring and slicing takes a while and it was 16:47 when I had them set to go in the dehydrator. 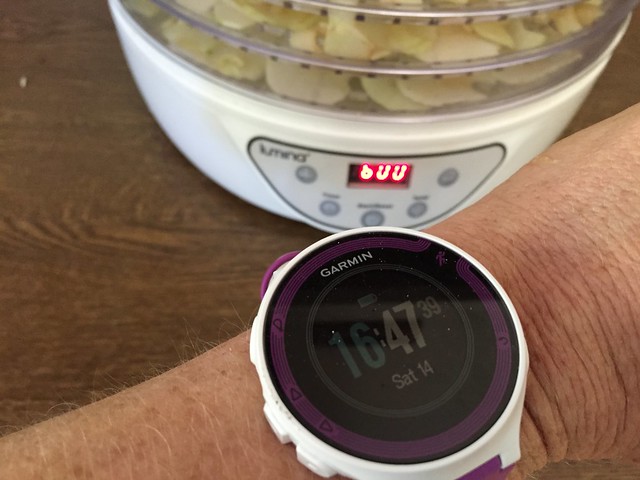 I was going to be helping out with a move the following day and wanted to make a sweet treat to take along. I made up a large batch of my protein balls (recipe here) to take along. 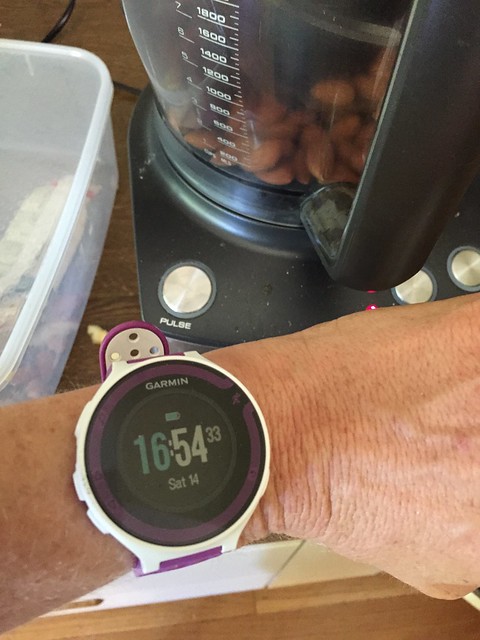 The cupcakes failed. I was using a pre-made gluten free self raising flour that I hadn’t used before. When I cook using arrowroot, coconut flour etc, I find it needs a bit more baking powder to rise, so I added extra to my recipe to make sure they would rise well.

The extra baking powder wasn’t needed! They rose very quickly, over flowed and then went flat. I would have to try again. 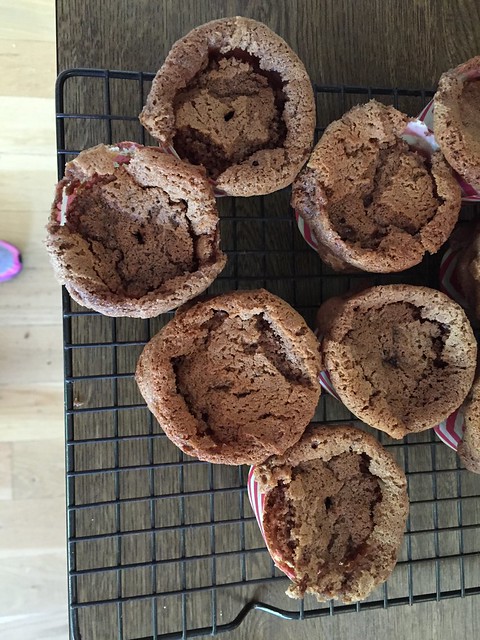 Rolling the protein balls takes a little time and I finished making them at 17:37 and it was time to think about dinner. 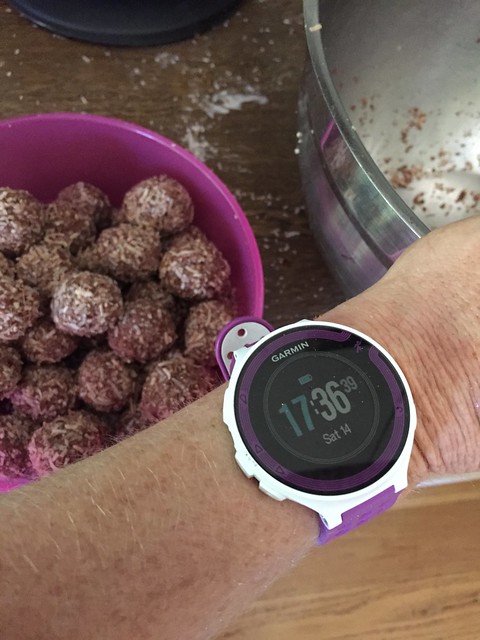 My delightful husband had already started on dinner and had the potatoes in the oven. All I had to do was make the salmon and salute the baby spinach. I started this at 17:55. 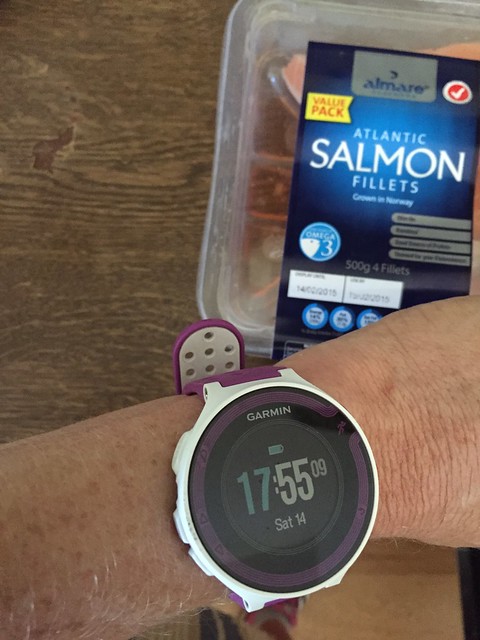 Dinner was delicious and it was all over by 18:28. 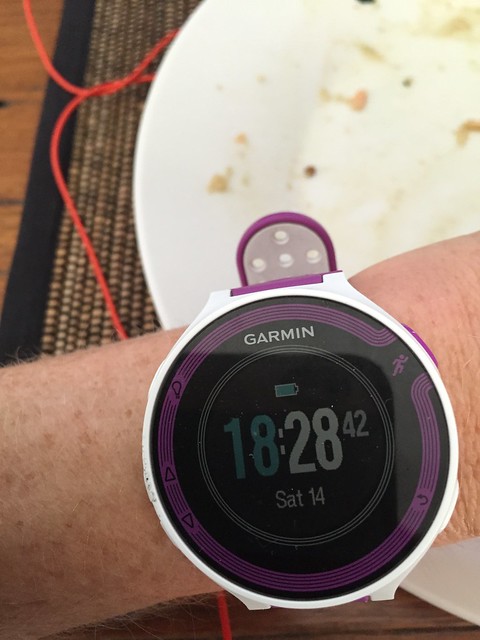 It was actually Valentine’s day and my husband surprised me with this amazing box of chocolate! 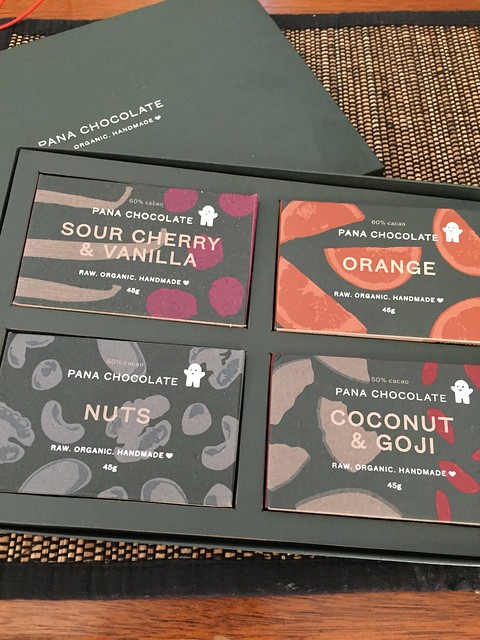 That was it for food prep for the day. The rest of the evening was spent pottering and talking with the family.

Not to be defeated by my gluten chocolate cupcake failure, I tried again Sunday, starting at 12:23pm. 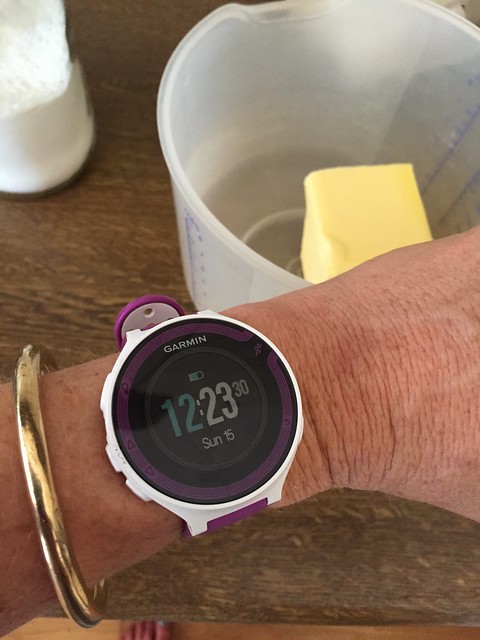 I like to make my own condiments from scratch. I had a craving for garlic aioli, so set about making a big batch. The garlic aioli goes superbly with sweet potato and as a dressing in salads for my lunches. I started making this at 13:08pm. 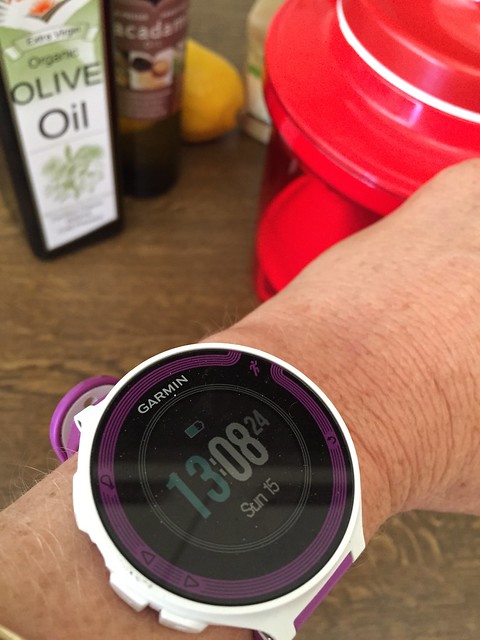 I am not a naturally big veggie eater. To make sure I eat plenty of veggies and a variety of veggies, I need to prep them in advance. I wanted to have roast pumpkin to add to salads for the week, so set about carving up a large butternut pumpkin. 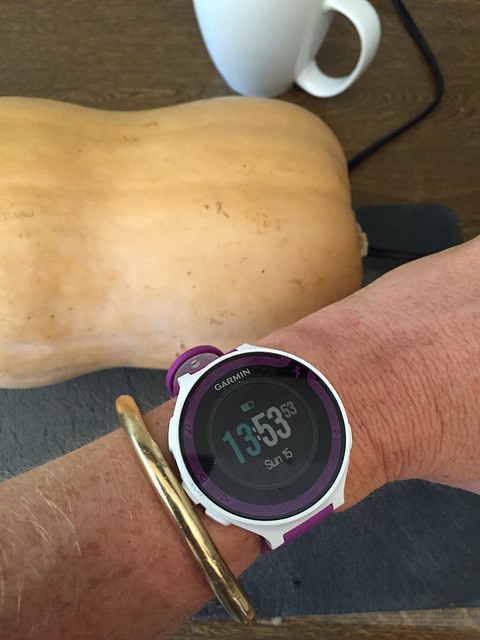 With time out to help the kids with some things, this tool a while and it wasn’t until almost 2.30pm before I popped the pumpkin in the oven. 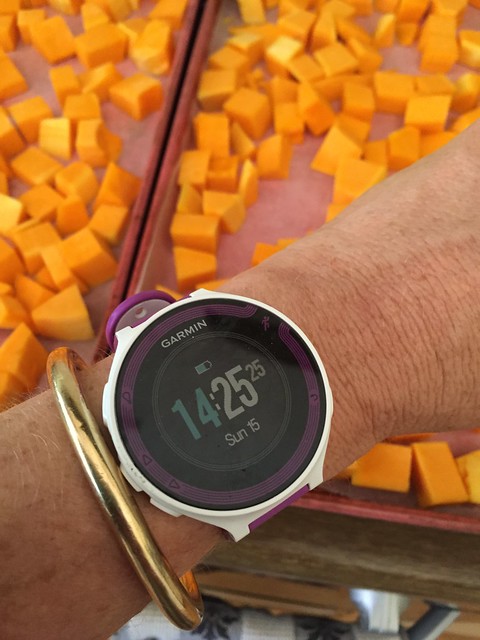 Sweet potato features in almost every weekly preparation session. As I don’t do traditional carbs like pasta and bread, sweet potato is my main source of pre and post exercise fuel.

My most favourite way to sweet potato is to eat it with smashed avocado, dukkah and fried eggs. 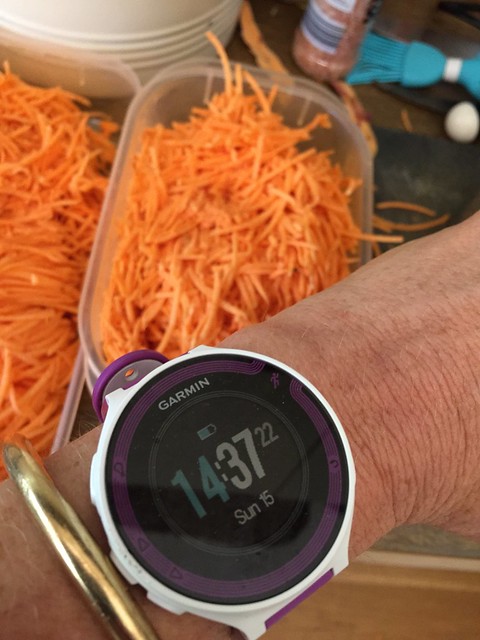 I was going to be out two nights in the coming week, so I chopped up a stack of veggies that I could use for an evening meal. It took me about 15 minutes to do this. 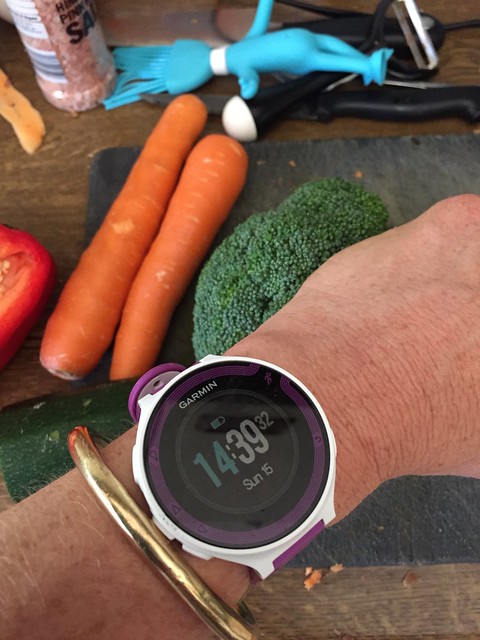 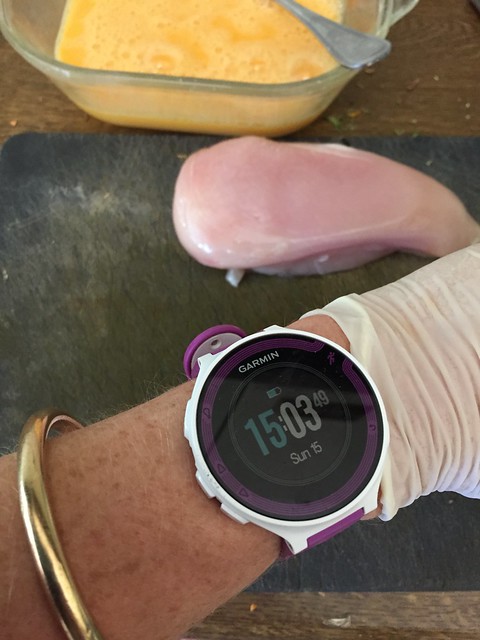 I made my own breadcrumbs of the schnitzel, which did take a little bit longer, but they taste much better. 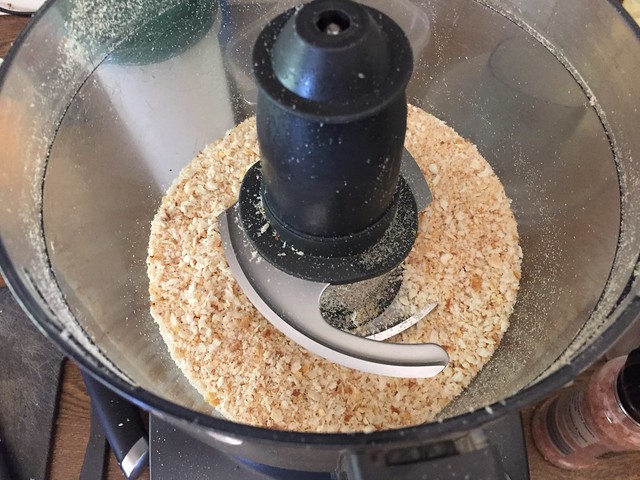 I was out of dukkah, which is something I eat on a very regular basis. It is great for adding a quick flavour burst to meals, veggies in particular. I also needed dukkah for a new recipe I was making for the blog. I started making the dukkah at 15:59. 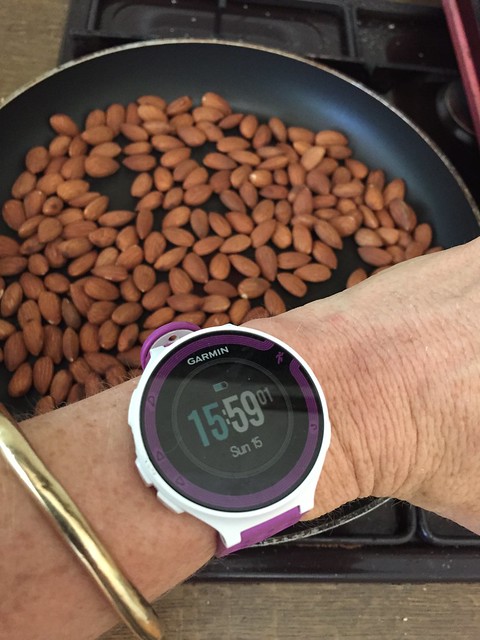 For some reason I have only just worked out that I can use my husbands coffee grinder to grind up cumin and coriander seeds that I use in my dukkah, it is much quicker that mortar and pestle! 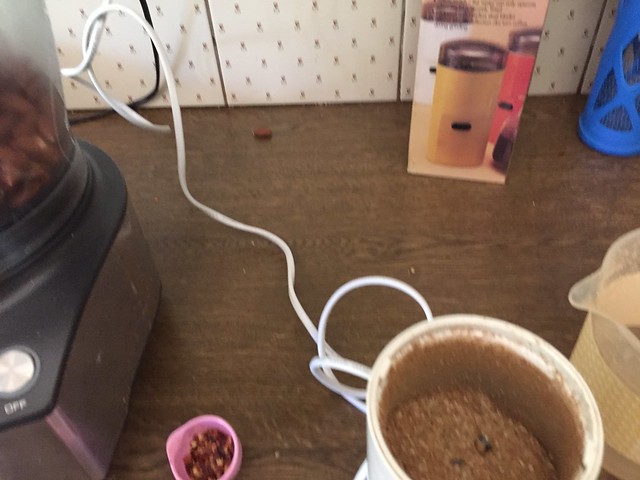 And this was the results of my efforts (except I forgot to put the protein balls in the shot!) With the exception of the dukkah and the garlic aioli, this food lasted until Wednesday. The cupcakes because their was two batches did last a little bit longer and the kids had them for afternoon tea after school which doesn’t usually happen. 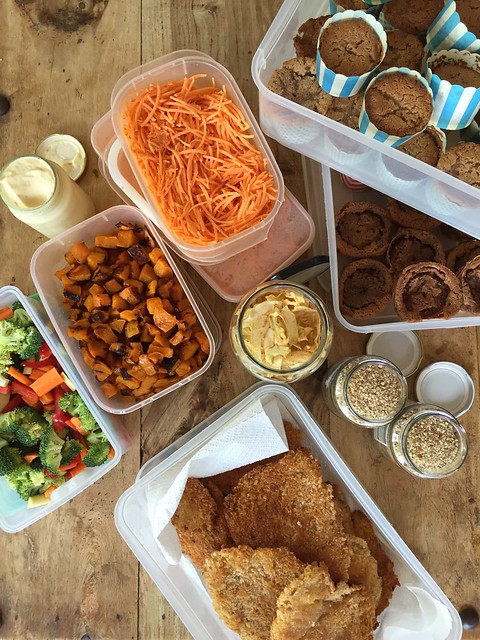 Here is an item breakdown of what I made and time spent:

Saturday 14th February
I was in the kitchen pretty much from 15:05 – 17:55, which was 2 hours and 50 minutes, for food preparation. During that time I also talked to the kids, assisted them with afternoon tea, handled disputes as they arose and put a couple of loads of washing on.

Sunday 15th February
I was in the kitchen pretty much from 12:23 – 16:17, which was 3 hour and 54 minutes, for food preparation. During that time I also ate lunch, helped kids with their homework, handled disputes as they arose and assisted the kids with afternoon tea.
I made:

Total time in the kitchen for weekly prep = 6 hours 44 minutes.

This weekend past it was around 1.5 hours. I will endeavour to do a mini session on Tue or Wed of this week to make things easier for myself later in the week.

And for fun, I made a little video of my weekly prep session. If you are reading via email, click through here to see it.

I hope I have answered most of the questions about my weekly prep session. If there is something you want to know that I haven’t covered, just leave a question on the post here and I will do my best to answer it.

Do you undertake weekly food prep? How long would you spend on preparing food on the weekend?